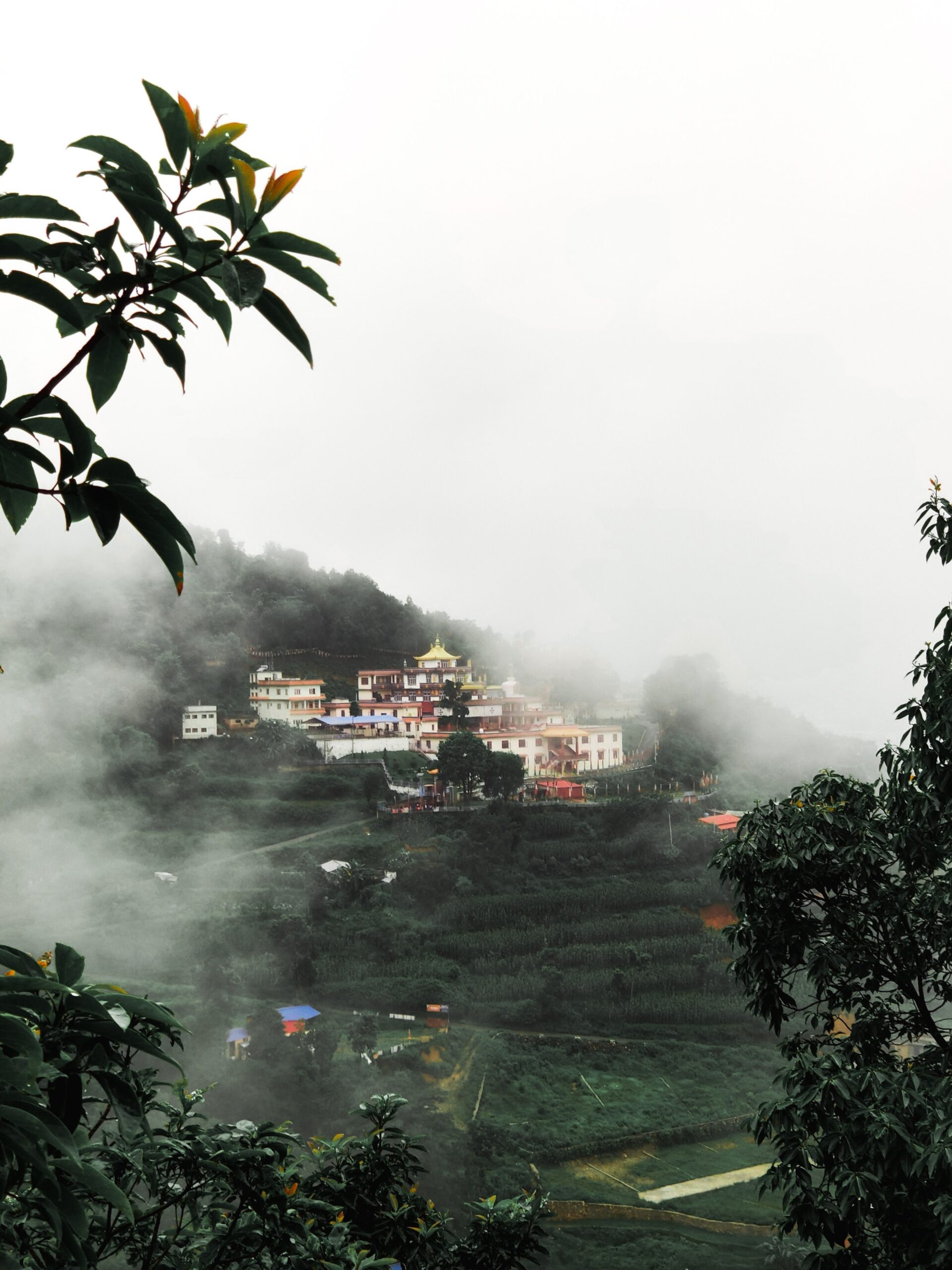 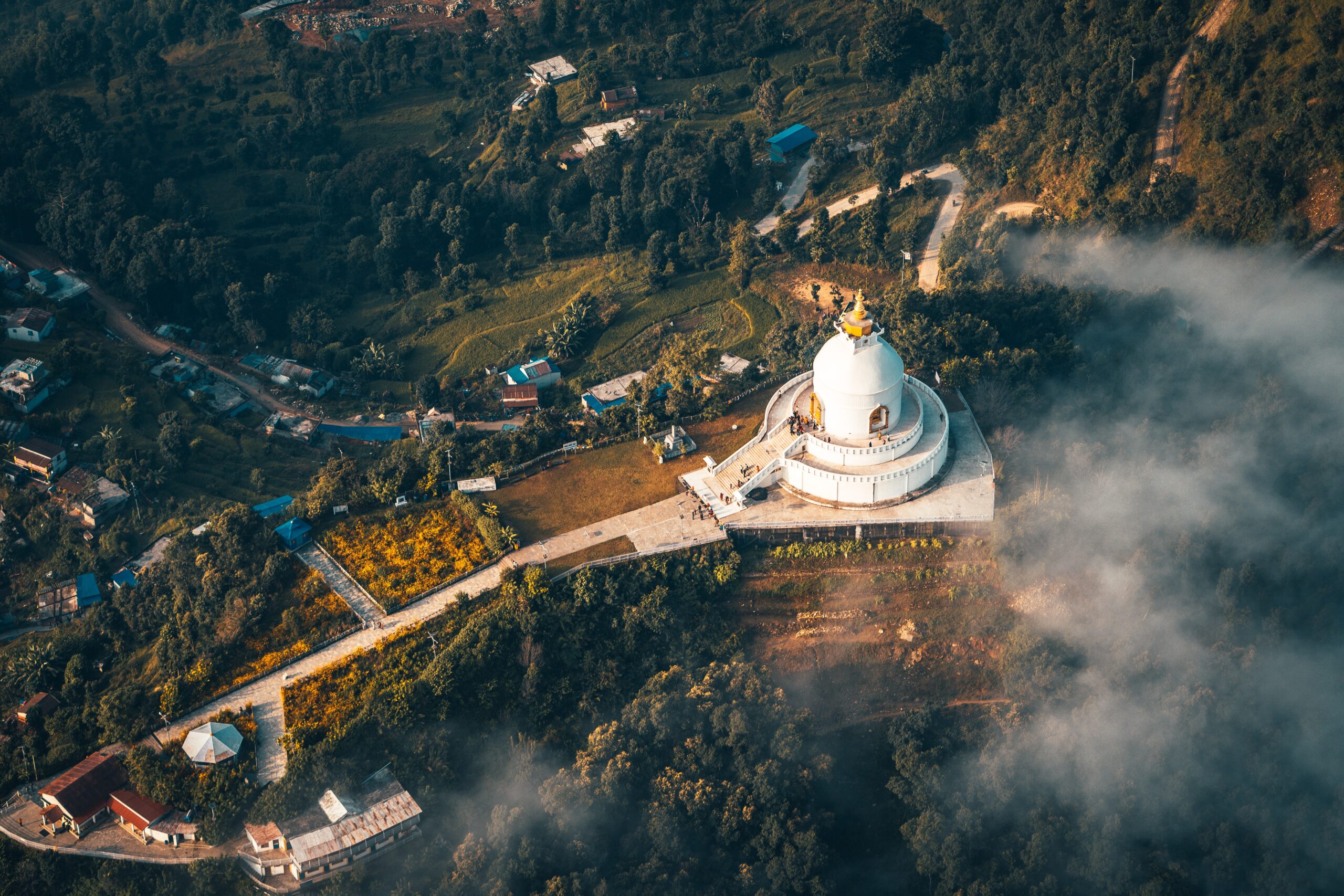 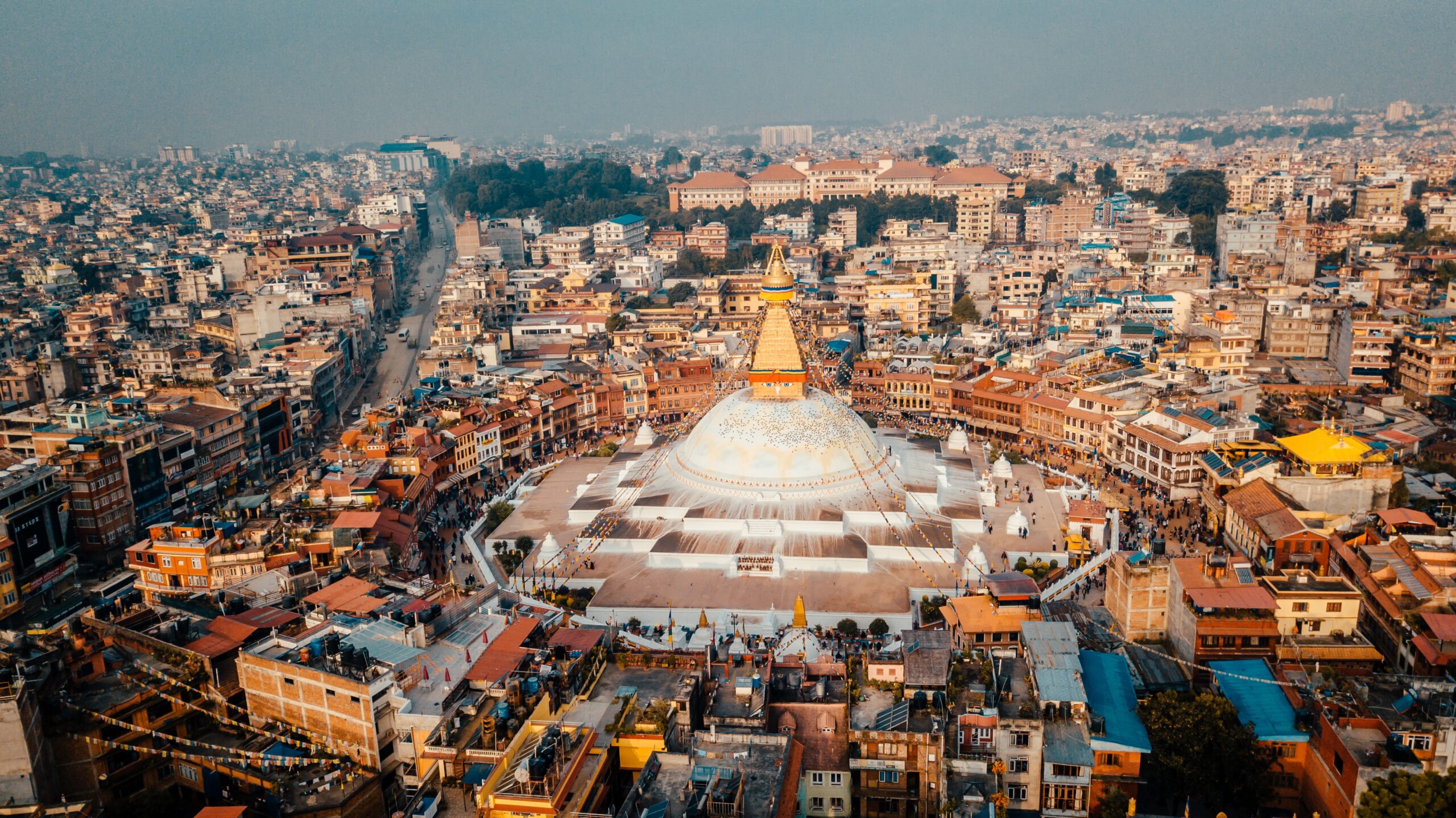 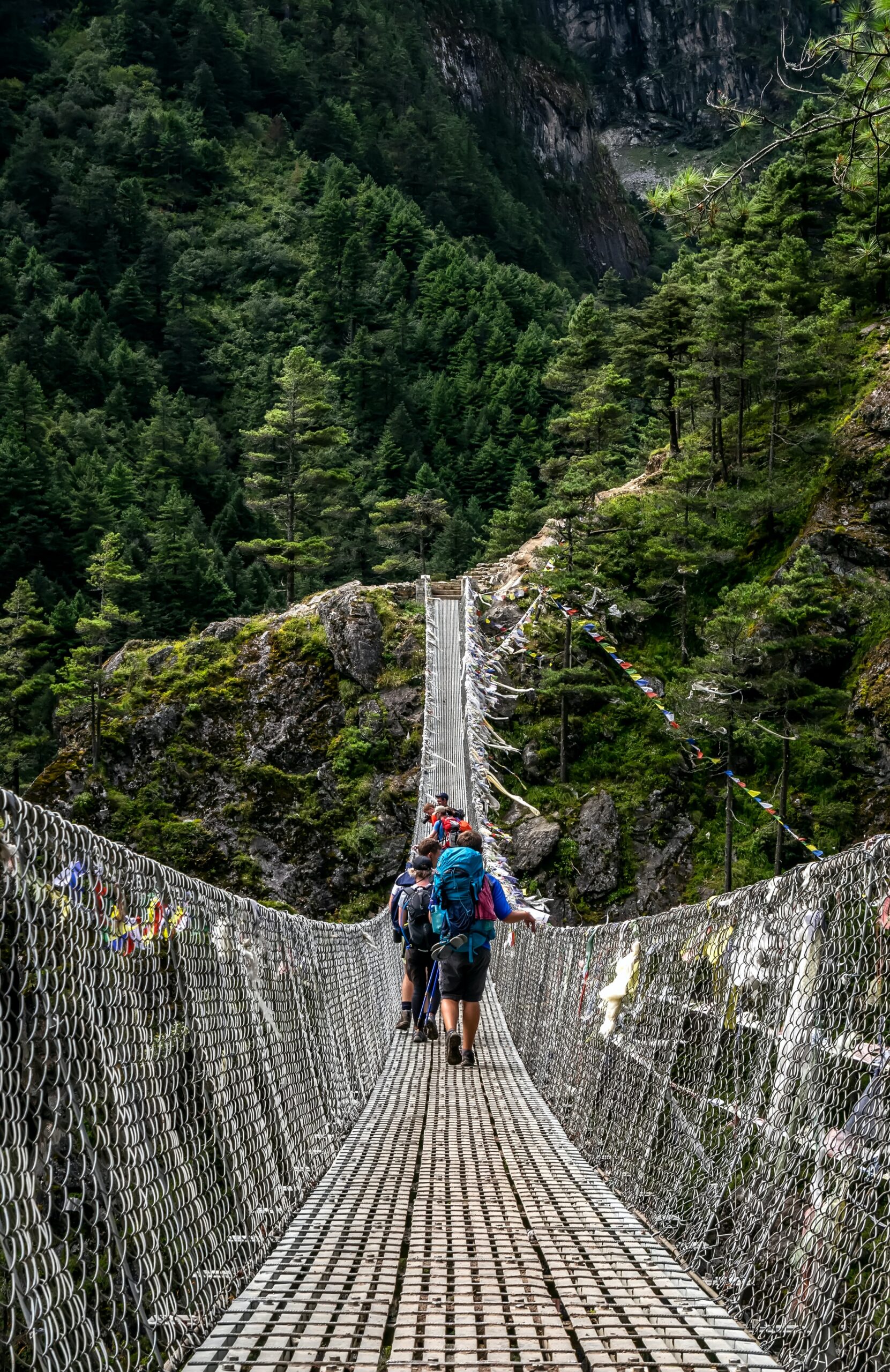 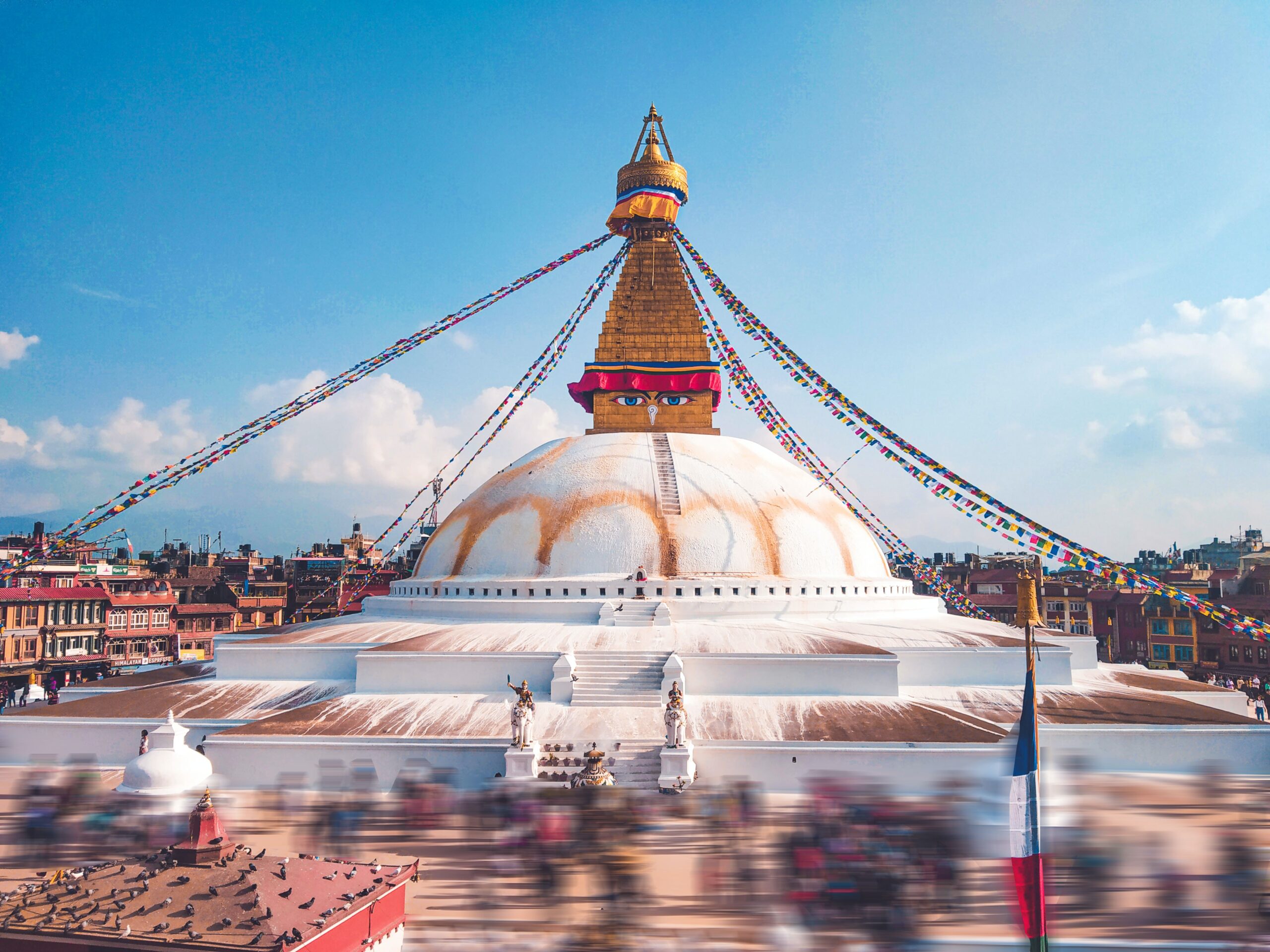 Nepal has so many things to do but Amazing Nepal Adventure Tour is combination of Sightseeing in old Kathmandu and Bhaktapur, Searching for tigers in Chitwan National Park, Trekking the foothills of the Annapurna Range,Downhill biking from the beautiful Nagarkot, experiencing your bravery by indulging in bungy, zipline, rafting and more. Flying over Pokhara experience 2nd largest lake from a seat of a paraglider.  Marvelling at the mountain landscapes

From the colours and magic of Kathmandu’s markets to the serenity of Himalayan trails, this 8-day adventure offers an intriguing blend of well-paced excursions. The rugged foothills of the Annapurna Range will reward those willing to break a sweat with stunning views of mountain vistas. And experience Nepal from a different perspective as you explore Chitwan National Park from the back of an elephant. With many included activities and options for more, like a soak in the restorative waters of a natural hot spring, you’ll come away with a full and real appreciation of this Amazing Nepal Adventure Tour in Nepal

Upon arrival in Kathmandu’s Tribhuwan International Airport, meet, assist by our guide and transfer to the hotel.PM: Refreshment and short briefing about next day’s tour.EVE: Welcome dinner at an authentic Nepali restaurant with cultural program.Overnight at hotel in Kathmandu.

After breakfast get into the waiting vehicle proceed for a full day sightseeing tour of Kathmandu City which includes the tour of:Kathmandu CityKathmandu city is an ancient city of Nepal with many beautiful temples and courtyards. Walk through the narrow streets of the old bazaar and a visit to the “Kumari Ghar”, the living Goddess Kumari’s residence near Hanuman Dhoka Palace, to view the Nepalese woodcarving and architecture. A visit to Hanuman Dhoka (Kathmandu Durbar Square), which is the historic site of the Royal family and members. The Durbar Square, with its old temples and palaces, epitomizes the religious and cultural life of the people. Swayambhunath StupaListed in UNESCO World Heritage Monument List, it is situated on top of a hill lying 4 kilometers west of Kathmandu. Pashupathinath TemplePashupatinath is the temple of the Lord Shiva, which is, situated 5km east of central Kathmandu on the bank of the river Bagmati. Boudhanath StupaBoudhanath the largest Buddhist Stupa in the world is just situated beyond the Pashupatinath temple (Kathmandu). It is built on a flat surface of various levels of terraces. It is painted in pastel colors and adorned with prayer flags.

After breakfast, get on to the waiting vehicle and commence for sightseeing tour of Bhaktapur city. After completion of sightseeing tour, drive to Nagarkot. (Approximately 40minutes drive which covers 30.5 km from Bhaktapur) for sunset view from Nagarkot. The drive follows narrow steep trail until we reach the final destination. En route we can find colorful rural settlements, and hills covered with green forests.

Day 4 Sunrise view from Nagarkot and Drive to Dhulikhel.

Early morning after wakeup call, freshen up and proceed for sunrise view at a nearby-located tower, adjacent to the resort, which is considered as one of the most spectacular view for sunrise.After breakfast, drive through the Ariniko Highway (way to Tibet) and pass through the terraced rice fields and small colorful villages all the way to Dhulikhel, which is 42 Kilometers east of Kathmandu. Dhulikhel is an old, ancient city where one can feel and enjoy the charms of rural Nepal without being very far away from Kathmandu city. An ideal place to experience the combination of modern developments and ancient upholding.Overnight at resort in Dhulikhel.

Early morning after breakfast, drive back to Kathmandu via Ariniko Highway and then connect drive to Pokhara (4 hours drive). Drive from Kathmandu to Pokhara follows the Prithwi Highway and covers about 200 kms. Trishuli River is the common view during the trip, however we can find numerous street vendors, shopkeepers, and hotels on the sides of the Highway with lots of travelers and vehicular movements, as it is one of the busiest highways in Nepal to enter and exit Kathmandu Valley. En route lunch at a nice resort (at your own).PokharaPokhara stands at 884m above sea level, about 700m lower than Kathmandu valley. In Kathmandu valley the high temples are all around you but in Pokhara, snow peaked mountains are the landmark of this city. Only foothills separate Pokhara from the Himalayas and the magnificent 8000m. Peaks of the Annapurna range. Pokhara is a vacationer’s paradise with its crystal clear lakes and fantastic views of the Annapurna range including the Fish Tail Mountain.EVE: Boat ride at Lake Phewa.Overnight at hotel in Pokhara.

Early morning after breakfast spare full day to explore the beauties of Pokhara city. The major places to explore in Pokhara city are:Sarangkot (1,592m), a former Kaski Fort lies atop a hill 5 km west of the old market place of the Pokhara valley. This tiny hill offers magnificent views of the Pokhara valley alongside the serene Phewa Lake and the different peaks of the Annapurna Range. It also offers a short and easy trek for those who cannot opt for long and challenging ones. The viewpoint can also be reached by a half an hour drive from Pokhara. Bindebasani Temple It is the most famous temple of Pokhara, which is situated in the city. The Rajas of Kaski constructed it before the unification of Nepal. It was renovated in 1965 A.D and the main deity there, is the Goddess Durga. A major festival takes place during the Dashain in the month of October. Goats are sacrificed to appease the Goddess. Barahi TempleThe temple is situated on an islet in lake Phewa, the tourist area of lakeside. It is dedicated to the Goddess Barahi and is believed to be at least two centuries old. One has to take a boat ride to visit this temple. Davis Falls This falls has been mentioned in many brochures and guidebooks as an outstanding attraction. However, this lake may be disappointing if not visited during the rainy season. The water of Pardi Khola, which drains Lake Phewa, falls underground and disappears at David Fall. Seti GorgeThe deep gorge made by the Seti River (which means ‘white’ in Nepali) along the eastern side of Pokhara, is around 40 meters deep. The gorge is visible from the bridges in the city – the most famous being Mahendra Pool, in the heart of the city. Tibetan Refugee campThe largest Tibetan refugee camp in Pokhara, accommodating, is still an interesting place to visit as it offers excellent views of the Annapurna and Macchapuchre. There is a Tibetan monastery in the village, which belongs to the “Red Hat” order. It contains the images of Buddha and Tara as well as photographs of Dalai Lama. Worshipping takes place early in the morning and at 3 PM in the afternoon. The present monastery was constructed in the late eighties. Overnight at hotel in Pokhara.

Day 7 Drive /Hike to Sarangkot (Pokhara) and Depart to Chitwan

Early morning after breakfast, pick from the hotel and start drive up to midway point to Sarangkot and start hike to view point tower for the scenic magnificent view all over including the Pokhara valley along side the serene Phewa Lake and the different picks of the Annapurna range. It also offers a short and easy trek for those who cannot walk for long and challenging ones. After the completion of Sarangkot trip, we will commence drive to Chitwan.Upon arrival at Resort welcome drink check in refresh and bring about a tour, we normally get there at early evening. We will be doing the Ox riding tour in Village to see a local ethnic group is call Tharu, riverside sunset view and in the evening tharu stick Dance.

Breakfast in the Morning• Elephant back wild SafariAfter Lunch we will be doing Traditional Canoe ride and experience wildlife on the river side and a visit to elephant breeding Center. Offering excellent opportunity to see Royal Bengal Tigers, One horned Rhino, Crocodile and thrilling wilderness experience into its deep and thick jungle and Chitwan Traditional park. Over Night stay with a special farewell Dinner.

Day 9 Drive back to Kathmandu

Check out hotel and proceed to Kathmandu’s Tribhuvan International Airport for final departure to home country.