Machhapuchhre Annapurna Trekking: A Walk Under the Mystical Peak 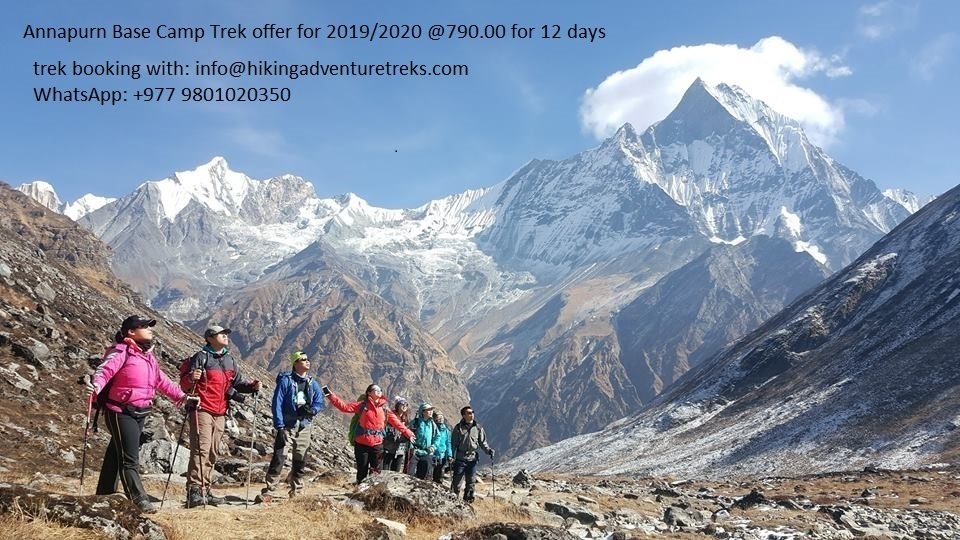 Machhapuchhre Annapurna Trekking lets you explore the wild and large northwestern mountains of Nepal. Below is a local’s guide / experience in the majestic region.

Machhapuchhre Annapurna Trekking to get away from the crowded capital

When you live in Nepal and work in the Kathmandu valley it’s easy to be constantly tempted to go for a trek as you look through the dust and the car fumes up towards the green hills that surround us. I recently decided to explore a small trek, “an off the beaten path trek Mardi Himal , but even though you’re fat you’ll be fine”, was what my friend Raju Pariyar, had said, “and it’s only been opened in 2011”. I took a tourist transport from Kathmandu to Pokhara on the Friday evening and got to spend the evening hanging out with some friends who are trekking guides whilst listening to rock music and bar hopping along the Pokhara lake side stretch.

The first day of a trek has always been a difficult one for me; I’m usually hung-over and dehydrated, with a tongue like sandpaper and a head that feels as though it has been replaced by wool instead of a brain.

Explore your trekking options in the Annapurna Region.

I was being driven by one of the new friends I had made the night before on the back of his motorbike to the starting point. I got all arranged my ACAP permit along with my TIMS  surprisingly easily, and headed on the motorbike to Milan Chowk. Half an hour later I’m at the trail head ready to start the trek for the day. I hadn’t really planned where I wanted to stop for the night as I wanted to keep this trek fluid.

Fill up the water containers and start walking upwards from the valley of Pokhara. From this direction you first head up past a temple and then dive into a forest where all noise of civilization vanishes and it’s just you and the birds, whilst you walk smiling to yourself.

The hours go by and you walk along cobbled lanes with the option of stopping by beautiful villages, from where tea shop vistas of the Annapurna range tower over you. Having stopped again for a cup of tea in Dhampus, which has a ‘kot’ (fort) that overlooks Baglung, I felt the history and importance of these villages sitting above Pokhara.

From here I took a steep climb through the forest and into the beautiful ‘Australian Camp’ famous as this was a camp that was created by the Australians funnily enough, where I broke for lunch and enjoyed a lazy hour or so looking out at the mountains that surrounded me.

As the trek goes on and you realize the beauty of waking up in the mountains what really prevails is the feeling of having left your life behind in Kathmandu and it’s just you and the hills, speaking to people who are living in one with the Himalayas, whose daily problems have a more basic need and one that probably calls out to my own soul.

I breathe in that fresh air knowing that all I’m going to see all day is forests, winding trails, blue skies, small tea shops and the jingle of mules coming back and forth the mountain, till finally I dropped into the small camp in the middle of the forest that is called ‘Forest Camp’. That evening, sitting in the garden of the forest camp, it feels like bliss and the sounds are only that of the birds and the chatter of the staff cleaning, laughing, joking and fellow trekkers swapping stories of treks and adventures.

Maybe it’s because I woke up in such a peaceful environment with the chickens clucking under my feet, and the cold mountain air or maybe I was just that unfit, but moving on wasn’t a decision that I wanted to make.

My Solo Travel experience in the Annapurna Region

Walking alone is a pleasure, yet it has its disadvantages, I started feeling disheartened and wondered why I was doing this trek and what was the need for it, till finally the only thing I had left to do was buy some chocolates and trek on. Just as I felt I couldn’t go on, the clouds broke I saw Tibetan prayer flags fluttering against the azure sky above a tea house and yaks in the distance.

Drinking more tea and watching the yaks lazily walk around reminds me that I’m in a different world and in this world it takes a bit of hard work and no shortcuts to get to my goal.

The goal is the next morning, that early sunrise, the clouds having broken and the ‘Machhapuchhre’ peering down at you. It all suddenly feels worthwhile and now I feel I can go home.

Getting Back to Pokhara

Downhill is something most people will say is the easiest, but I always remember a friend who was asked that question, “what do you like more? Uphill or downhill?” to which he replied, “when I go up, I wish I was going down, and when I’m going down I wish I was going up”.

I walked all the way to the end of the trail, around 6 hours downhill and arrived in Pokhara by 6 in the evening, exhausted and feeling pleased of my achievement.

What to expect: 4-6 days of trekking through rhododendron forests, under snow peaks and tranquility.

Where to stay: Tea houses, with enough room and serving all your tastes dot this circuit.