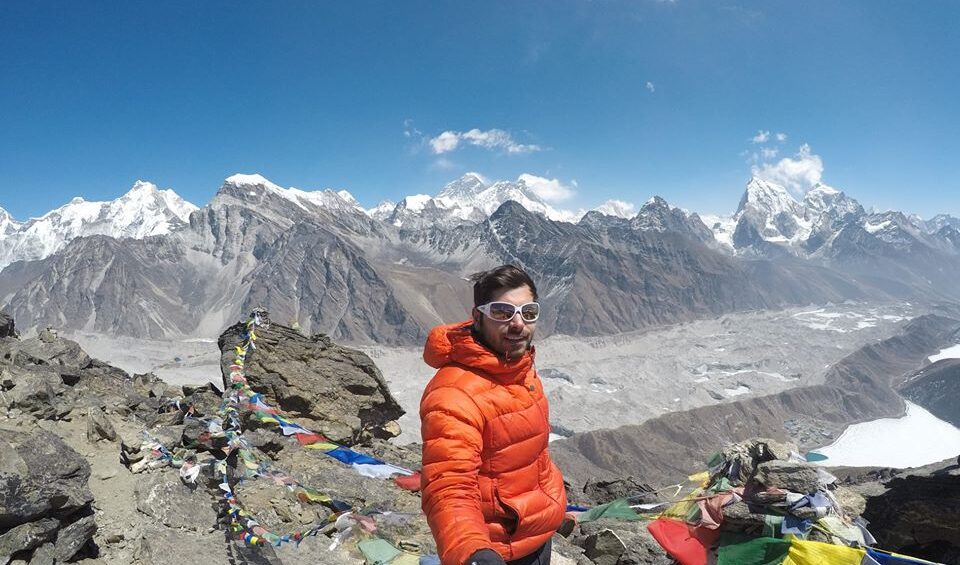 The government of Nepal formally launched the Nepal Tourism Year 2020 amid a grand ceremony held at Dasharath Stadium in Kathmandu. Nepal Tourism Board left no stone unturned in organizing various promotional programs to make this campaign a grand success, which was started with the aim of attracting 2 million tourists from different countries of the world in a year. But due to the worldwide spread of corona virus, the government had to cancel Visit Nepal Year 2020. So 2021 could be the best year to travel to Nepal.

We have listed here the 10 Best Places to Visit in Nepal in 2022. We have included the most popular destinations for you to choose to have a dream vacation in Nepal. 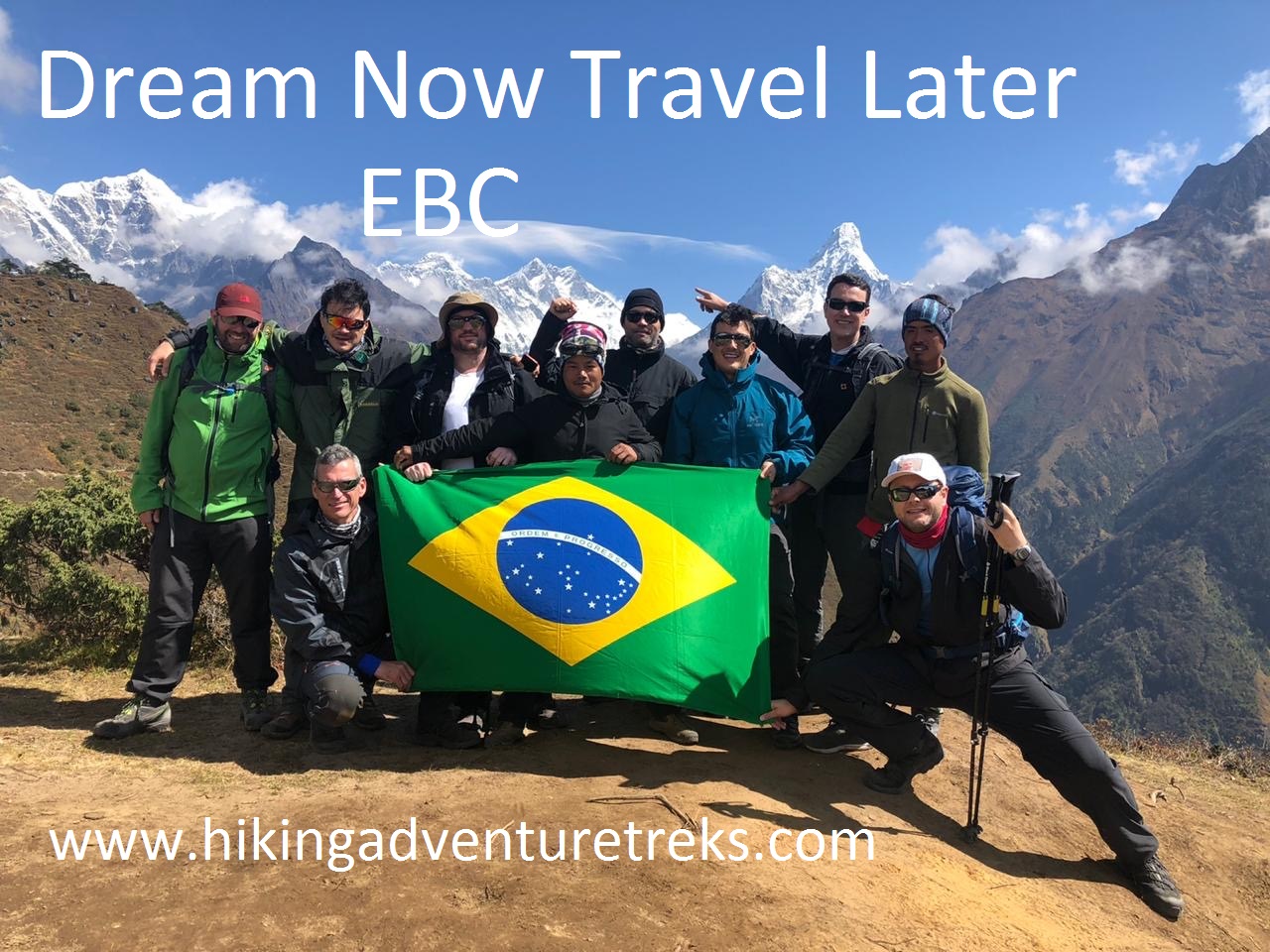 The world’s tallest mountain, Everest is a center of attraction for the world. Everest is famous for trekking in the region as well as being the world’s most popular destination for climbing.

Located in the northern region of Nepal, this region is home to some of the world’s most magnificent snowfalls, icebergs, high mountains, deep ravines and the art and culture attractions of the locals.

Spiritual experience is possible in this place with Sherpa village, art culture, Buddhist lamas and monks. To start trekking in the region, one can fly from Kathmandu to Lukla. And for those who wish to skip the flight, they can start walking from Salleri or also from the most loves route Jiri.

Everest has many places to see and enjoy. Such as Namche Bazaar, Tengboche, Gokyo Valley, Khunde and Khumjung, Everest Base Camp.

Dolpo is a familiar place for trekking where it is known for its old temples like Upatyaka and Shey Gompa. The She-Phoksundao Lake, the encounter with lined yaks, the high mountain life of the locals are the attractions of this region. Dolpo is another world.

The Oscar-nominated caravan is famous for its natural beauty. This is a destination for adventure trekking. Buddhists live in this area, which is 3,660 to 4,070 meters high. They have traditionally traded with Tibet. There are 130 gompas in this area. 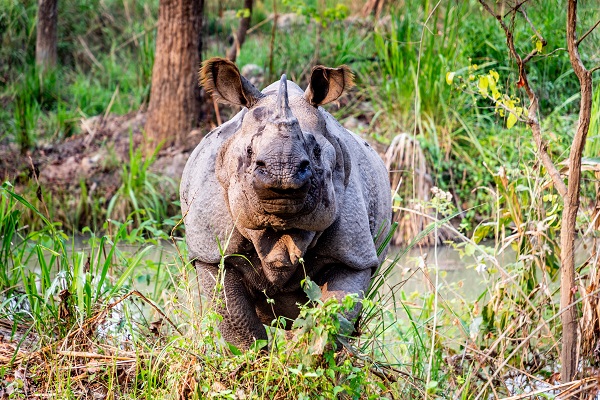 Chitwan National Park is a marvel to experience wildlife. The park is famous for observing Bengal leopards, one-horned rhinos, elephants and other animals.

You can go to this park for Elephant safaris or jeep safaris to get the most exotic Jungle experience with a close look at the animals in their natural habitat. Crocodiles can be seen in the river flowing through the middle of the forest. You can also visit the Elephant and Crocodile Breeding Center.

You can stay in Sauraha to visit this park. Where there are plenty of resorts. In this area, you can observe not only the wildlife, but also the local Tharu traditions, culture, food and costumes.

Lumbini in western Rupandehi is one of the best destinations in the country. The world knows Lumbini as the birthplace of Gautama Buddha. Tourists from all over the world come to see the birthplace of the Buddha. It is also a place of worship for Buddhists.

The Mayadevi temple inside the Lumbini Garden is considered to be the main attraction here, as it is said to be the place where Siddhartha Gautam Buddha set foot on earth. This is a 2200 year old temple.

The nearby Ashoka Pillar is also well-known all over the world. It is believed that after Siddhartha’s birth, he walked the first seven steps.

The virgin is considered to be the living goddess of the world. According to Newari culture, the practice of keeping a virgin as a living goddess dates back to the Malla dynasty period from the 17th century. This culture of the Newars as the locals of Kathmandu has become the identity of the country which is being promoted all over the world.

There have been many beliefs in the practice of keeping virgins. Despite its culture and traditional beliefs, it is of interest to tourists visiting Nepal. The Taleju temple where Kumar lives is known as a tourist destination.

Gokyo Valley is a beautiful place in Nepal. Which falls in the Khumbu region of the northern mountains. It is an example of natural beauty. The yak pastures seen during the winter in this area and the various types of lakes here are captivating.

Tourists visiting Everest Wes Camp spend an additional five days in Gokyo Valley. There are two trekking passes in this valley. A Chola Pass which is used to go to Khumbu Valley and Renjo-la Pass which connects Thame

Kopan Gumba is a famous place for Tibetan Buddhists. Every year thousands of foreign tourists visit this place to study Buddhism and meditate. Being a Buddhist from Kathmandu, one can visit this Gumba.

This monastery was founded by Lama Thubten Yeshe. She died in 1984. The monastery also has a series of spiritual programs called ‘Discovery Buddhism’. There are also a variety of short courses. From which one can study meditation, Tibetan medicine, Thanka etc.

Palpa’s Tansen is another tourist destination. Palpa can be easily reached by bus. It is an old city where old art culture can be enjoyed.

The old Newari settlement, the old style street of the market may seem new to the tourist. According to studies and various sources, Newar businessmen from Kathmandu have come to Tansen for business and they have introduced Newar art and culture.

Although Tansen is known for its Newar culture, it is home to the Magars. It is believed that the Magar language spread from here. Also, the word Tansen comes from the Magar language which means ‘Northern Habitat’. Srinagar, Rani Mahal, Kaligandaki river are other attractions of this region.

The Tengboche Monastery in the Khumbu region is one of the most famous Buddhist monasteries in Nepal. Guru Rinpoche lived in this Khumbu and was a place of attraction for devotees visiting the area.

Mani Rimdu festival is celebrated in this monastery in the month of October every year. This is a festival of Buddhists, where various songs, traditional dances are celebrated. It is also a trekking route for those traveling to the Everest region.

Rara Lake is a world famous tourist destination. The lake, which has always been a tourist attraction of the world, is located at an altitude of 2,990 meters.

This area in Rara National Park is green and beautiful. Apart from seeing the beautiful scenery of Rara, boating in the clear waters, trekking in the mountains, interacting with the locals and understanding the way of life and the birds can be observed in this area.

Rara National Park is home to more than 500 species of flowers, 20 species of mammals, and 214 species of birds. In addition, red pandas, deer, Himalayan black bears, leopards, wolves, Himalayan Thar, wild dogs, langurs and many other animals are found in this area.