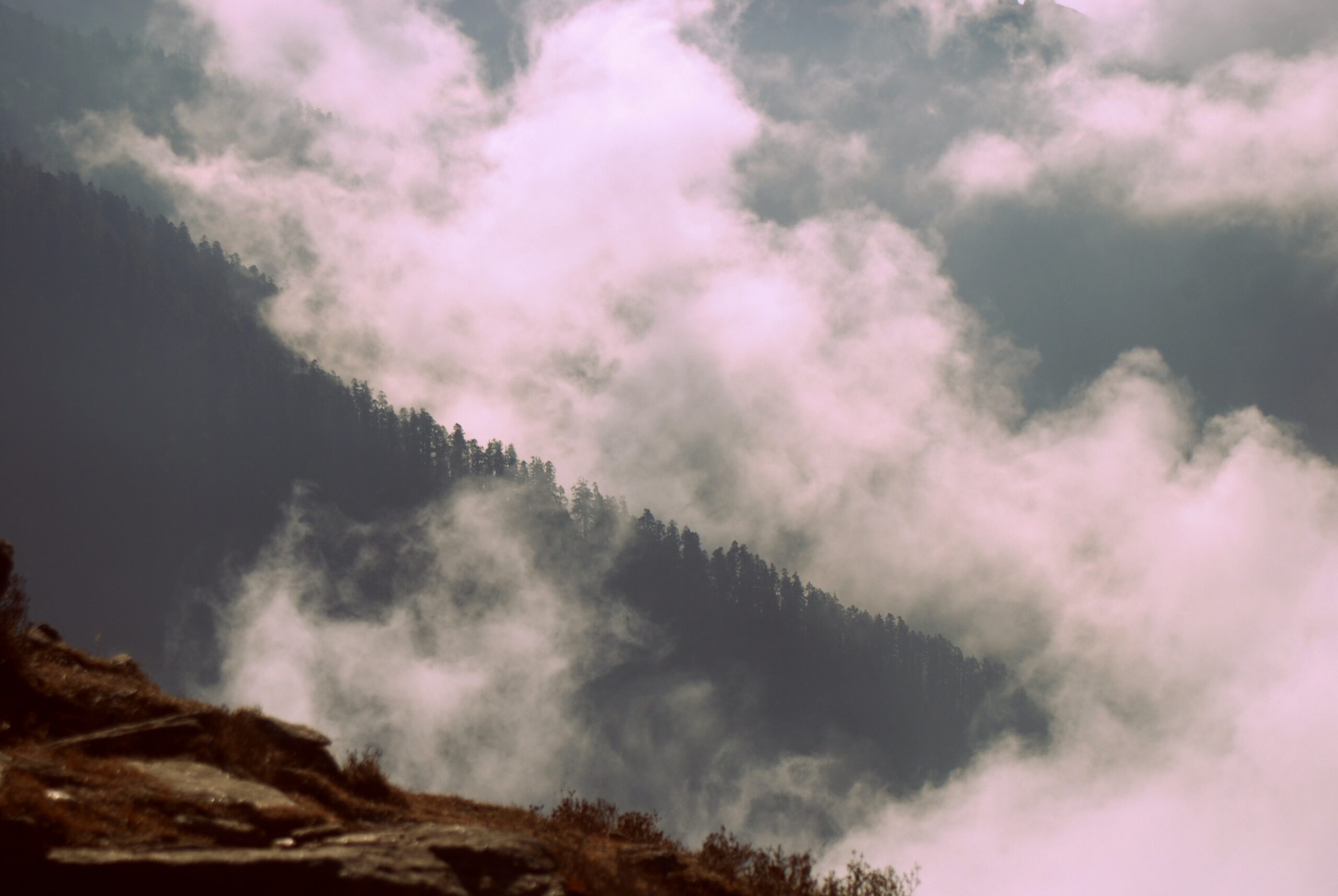 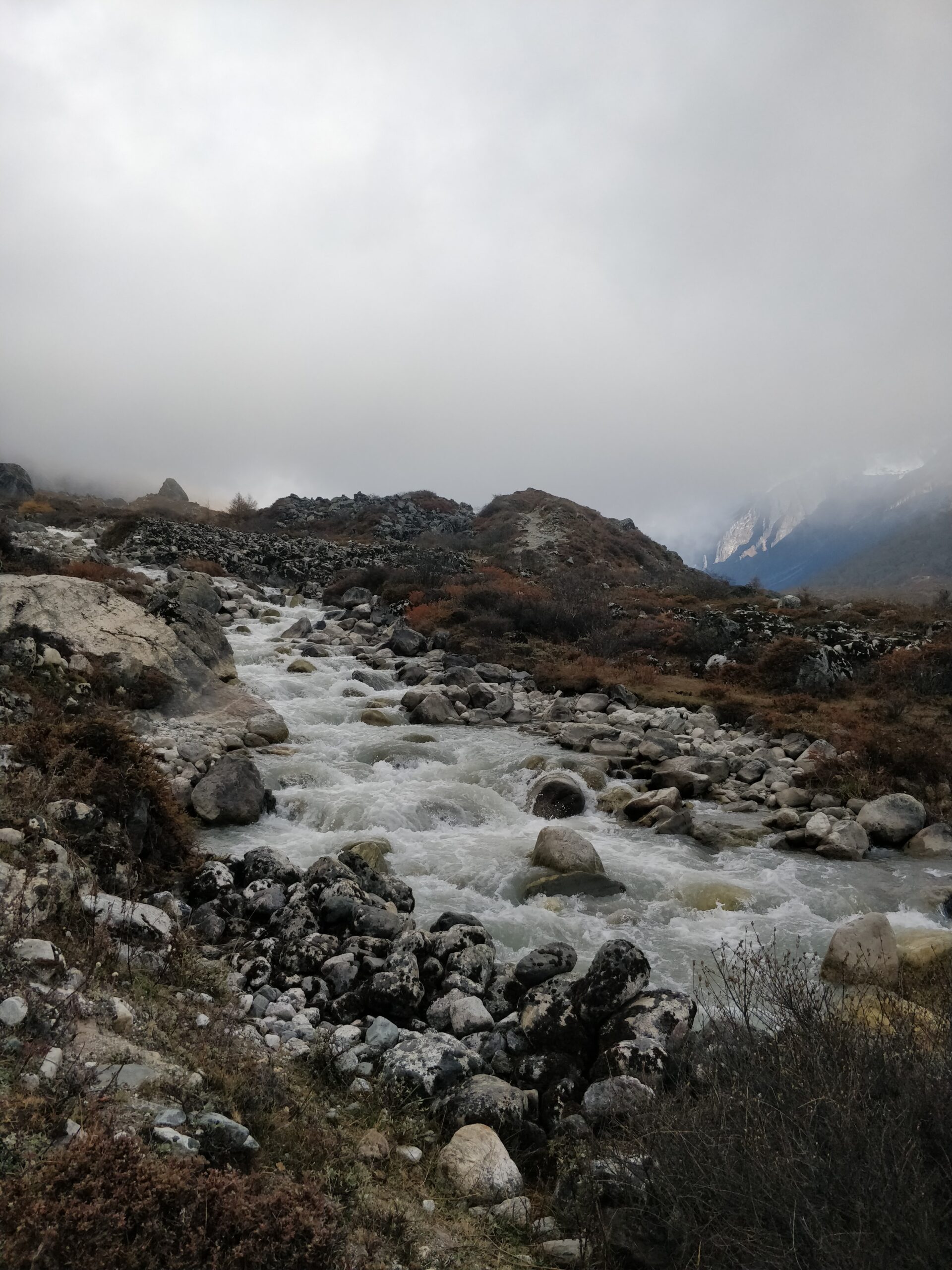 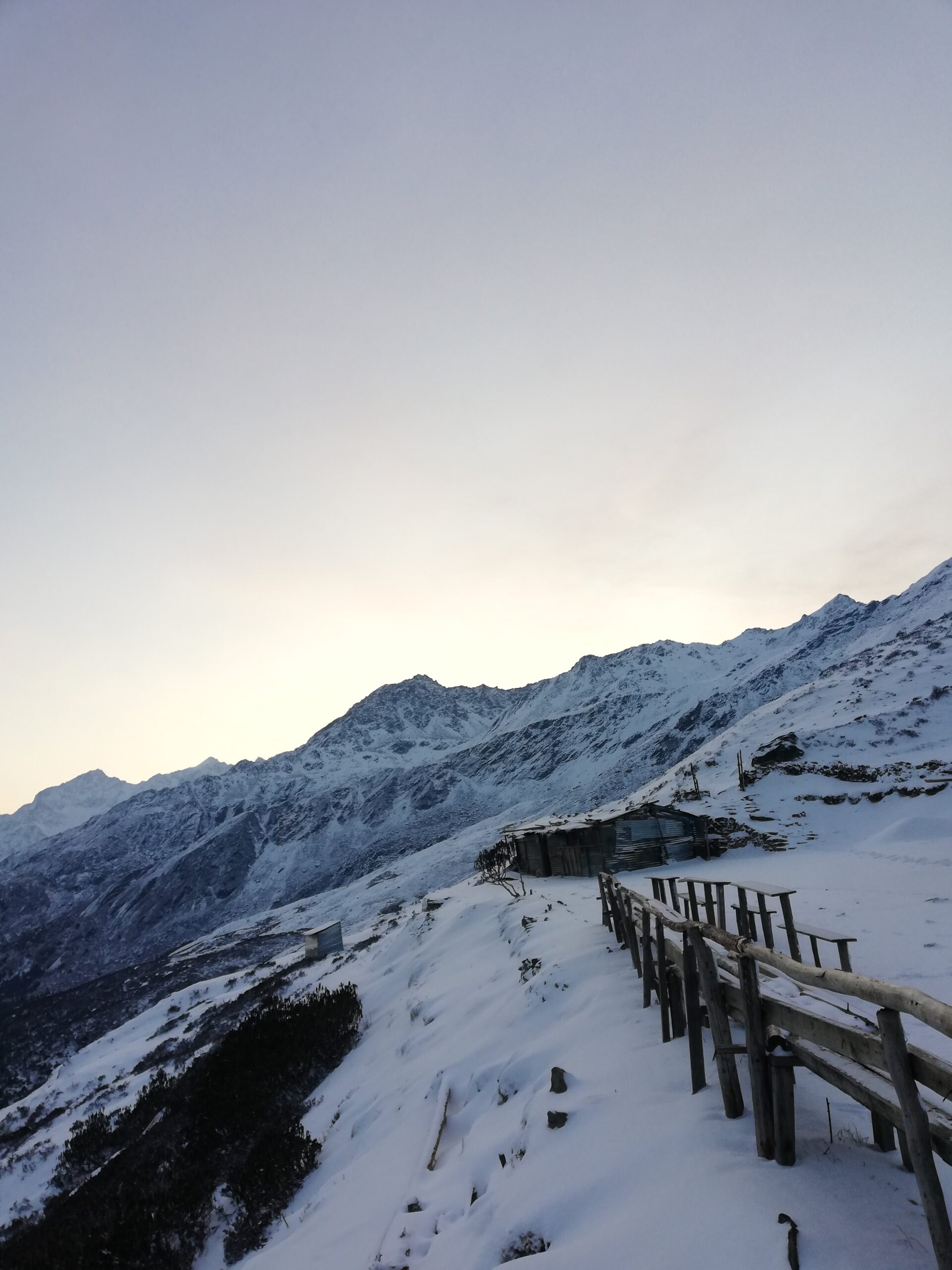 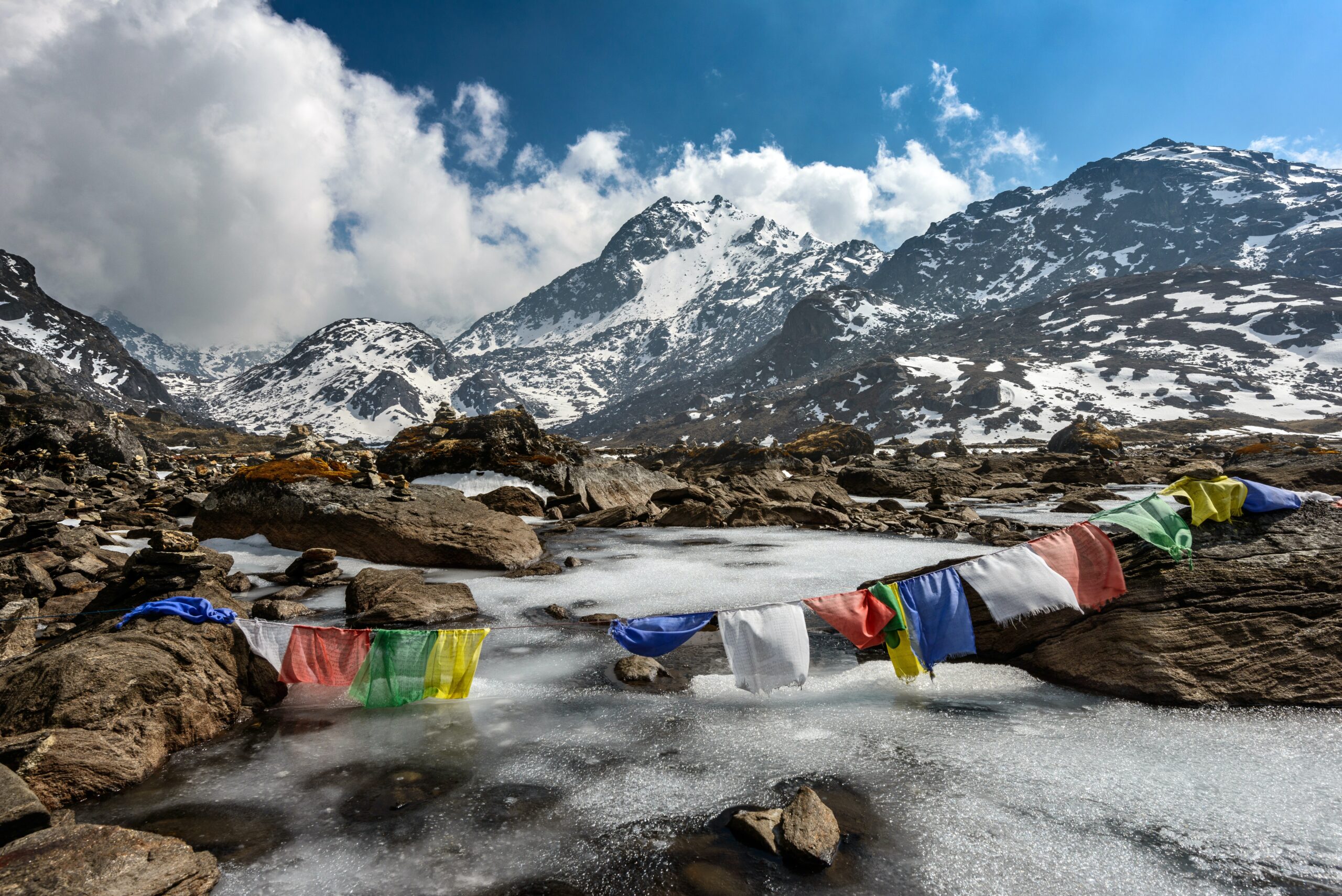 Langtang Gosainkunda Trek is one of the most popular spiritual treks in Nepal, especially among domestic trekkers. Gosainkunda lies in the Langtang region which is proud of having Nepal’s first Himalayan National park also known as Langtang National Park.

Langtang Gosainkunda trek offers you the spectacular natural sceneries, a glimpse of panoramic views of snow-capped mountains, diverse flora and fauna, and rare wild animals. Not only this, trekkers while trekking in Langtang Gosainkunda gets the opportunities to explore the old monasteries, ethnic settlements, lakes, glaciers, and so on.

There are 108 lakes in the vicinity that bestride at an altitude of 4,380m in Langtang Region. Among all of them, Gosainkunda is regarded as one of the holiest lake in Nepal. Over 25,000 Hindu and Buddhist followers visit Gosainkunda Lake on a special occasion known as “Janai Purnima”. This festival falls on the full moon of August every year.

Gosainkunda lake is well-known as the holy place to wash off the sins and pains of human beings. This lake is oligotrophic because of which fewer marine animals survive. The interesting fact about this lake is it is frozen during the winter season (December to February). Hence, it is also popular as “the Frozen Lake of Nepal”.

Located in the north of the Kathmandu valley, trekking in Langtang Gosainkunda provides you the trekking trails covered with the spectacularly terraced slopes, diverse flora and fauna, dense forests decorated with pine trees, bamboo, rhododendron flowers, oak, and so on.

The Langtang Gosainkunda trek provides you one-day sightseeing around the UNESCO World Heritage Sites that lies in the Kathmandu valley such as Pashupatinath Temple, Boudhanath, Swayambhunath, and so on. Pashupatinath Temple is the holiest Hindu Temple lies at the bank of Bagmati River, Patan Durbar Square is the old city of the Kathmandu Valley. Whereas Boudhanath Stupa is the world’s biggest Buddhist Stupa and Swayambhunath is popular as the Monkey Temple.

Furthermore, the trekking trails pass through the delightful forest, beautiful mountainous scenario, and lush wild nature. As a leading travel company in Nepal, Hiking Adventure is famous for professional and friendly tour guides and better arrangements.

After breakfast, we will join guided tour to visit various sites in the valley - most of them listed as UNESCO World Heritage Site. Get off and browse the famous Pashupatinath Temple, Durbar Square, Swayambhunath and Boudhanath. Come back to hotel and prepare for the morning flight, drive and short trek the next day.
Included Meals: Breakfast
Accommodation: 3-Star Hotel in Kathmandu

We wake up early morning and catch a ride to Syarbubesi, from where we intend to start our trekking. The journey is beautiful with rocky landscape and hill views on the way. The bus stops at various places for short toilet breaks, lunch and permit checks.
Included Meals: Breakfast, Lunch & Dinner
Accommodation: Lodge in Syarbubesi

We will start early after morning breakfast. After getting our permits checked at the entry, we will cross the suspension bridge and continue along the trail. We will pass through thick forest and village clusters until reaching Lama Hotel (a tea-house cluster popular in the region).

Our gradually ascend Langtang Valley throughout the day. Cross the horse stable known as "Ghoda Tabela", National Park posts and large meadows before we reach a large ruin of Langtang Village. We cross the rocky ruin and continue until we reach Mundu.

Start a relatively short trek towards the beautiful village of Kyangjin Gompa. The village is named after a monastery of the same name. We pass through several water mills, prayer wheels, sacred rocks and inscriptions that reflect the ancient Tibetan culture. After reaching Kyangjin Gompa, spend the rest of the day exploring the village, monasteries and cheese factories in the region, along with beautiful panorama of Ganesh Himal, Langtang Peak and other mountains.

We will have an early morning breakfast and start climbing and exploring Tserko Ri. The idea is to get to the top by the sunrise. The journey will take from 2.5 to 3 hours. The views of the Langtang and Ganesh Mountain Range is magnificent. Don't miss this. On the way, we will come across large fields/slopes of yak pastures that stretch all the way to the top of the ridge. After descent, we will spend the rest of the day exploring the town, visiting the cheese factory, and celebrating the night before preparing for a return trip next day.

After breakfast, we find our way towards Lama Hotel, gradually descending along the Langtang Valley. Descending will be challenging and hiking poles will be very useful. Enjoy the panoramic vistas and rocky terrains along with bustling Langtang river on your left.

Ascend to Rimche Village and later descend to Langtang Khola, followed by another ascend until we reach Thulo Syarbu. On the way, enjoy the view of a beautiful waterfall above the altitude of 2200 meters.

For acclimatization purpose, we will limit our trek to 3/4 hours depending on our pace and ending our day's journey at the village of Shin Gompa. The journey will be beautiful as we pass several chortens on the way.

To reach Gosainkunda from Shin Gompa, we will have to pass two lakes. Enjoy the beautiful and stunning views of Mount Ganesh, Manaslu, Annapurna and of course, the Langtang Peak. Gosainkunda is a religiously popular pilgrimage site of Hindus and Buddhists. The lake is crowded with Hindu followers during the full moon of August every year. Enjoy the mountain views and serenity of the lake for the rest of the day.
Included Meals: Breakfast, Lunch & Dinner

After breakfast, we will start descending towards our previous destination, Sing Gompa. The journey will last for 5-6 hours depending on our pace.

After breakfast, we continue descending towards Dhunche, a small town center that we passed on our bus before reaching Syabrubesi on the arrival day. We will spend the rest of the day at Dhunche in one of the comfortable lodges that provide hot shower.

Take a day off to comfort your sore feet and body in Kathmandu. Alternatively, you can also browse the bustling streets of Thamel. In the evening, we will meet for farewell dinner and sharing our travel experience. Time to celebrate.
Included Meals: Breakfast, Lunch & Dinner 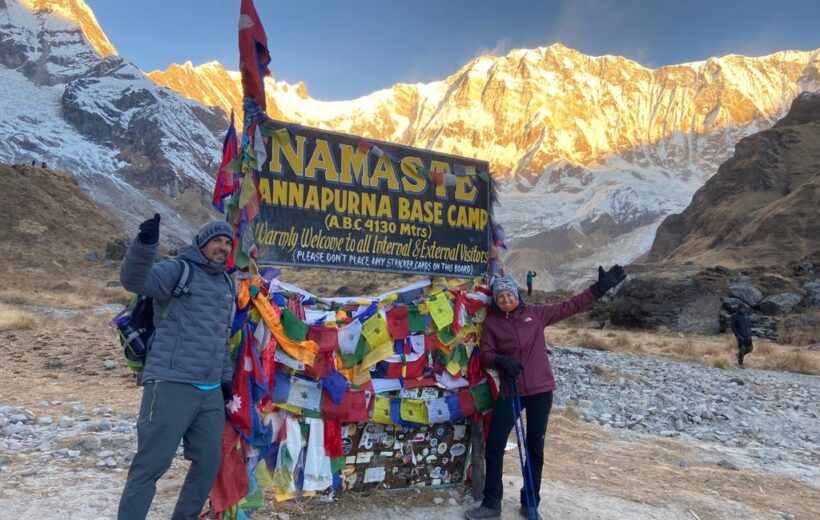