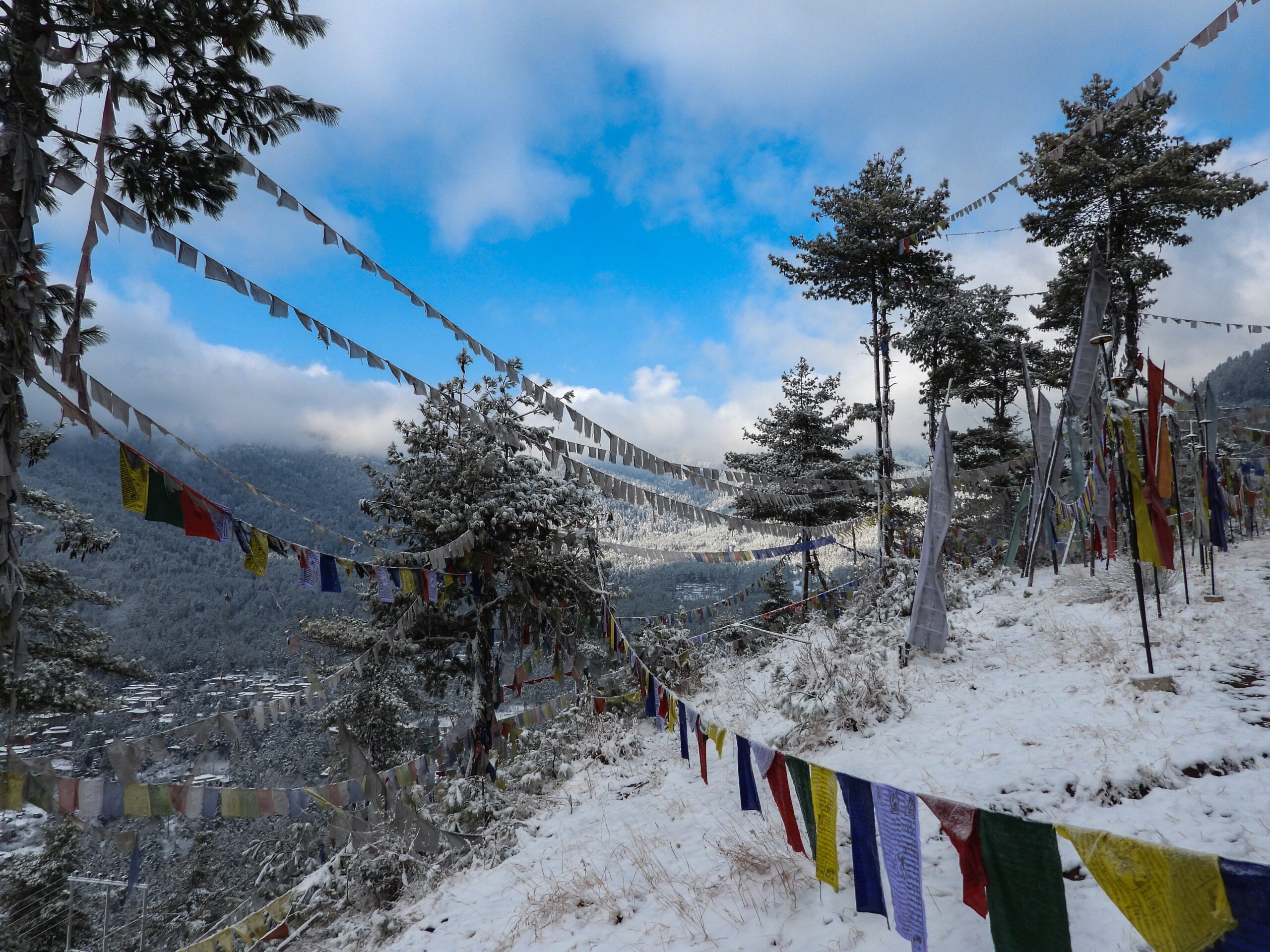 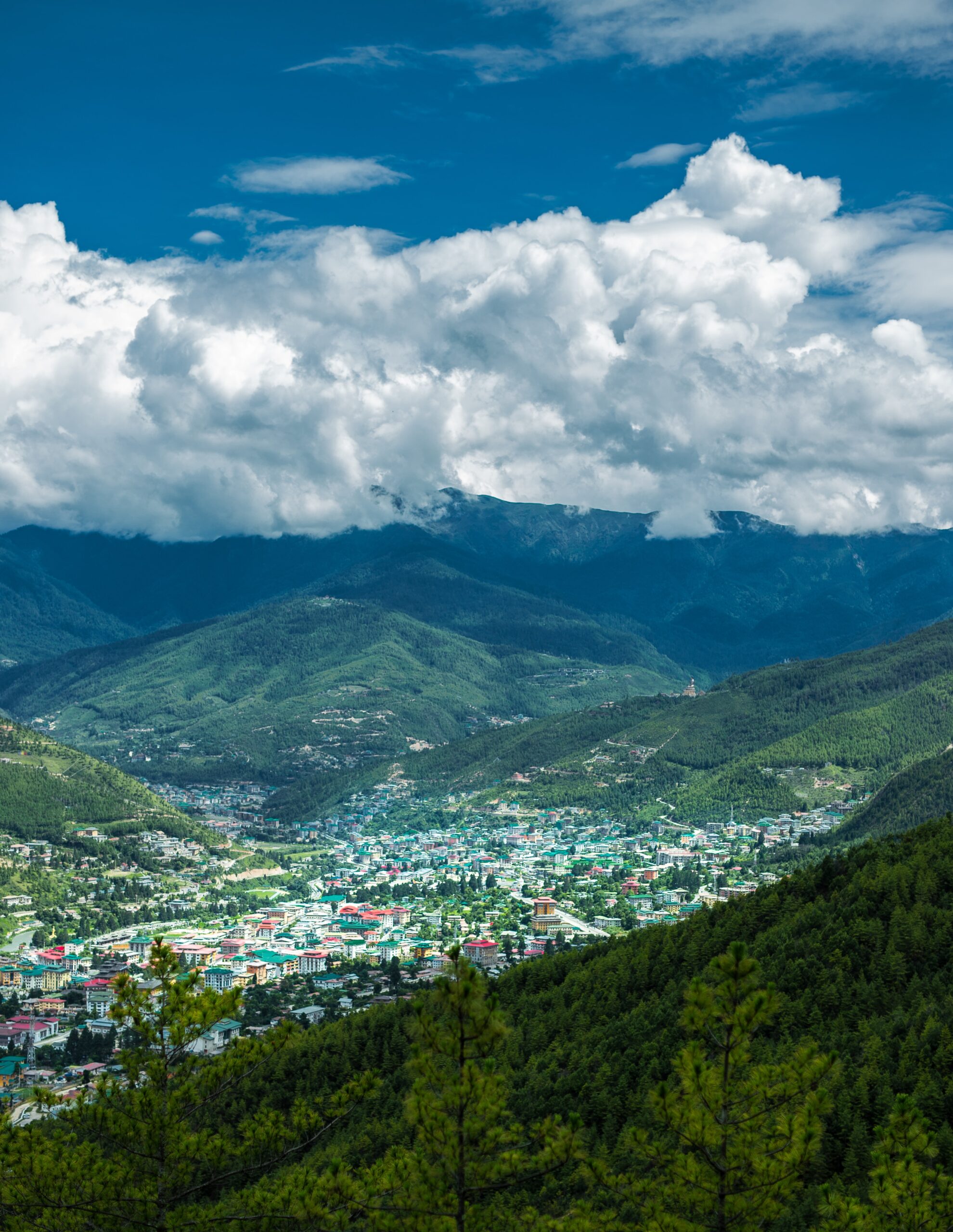 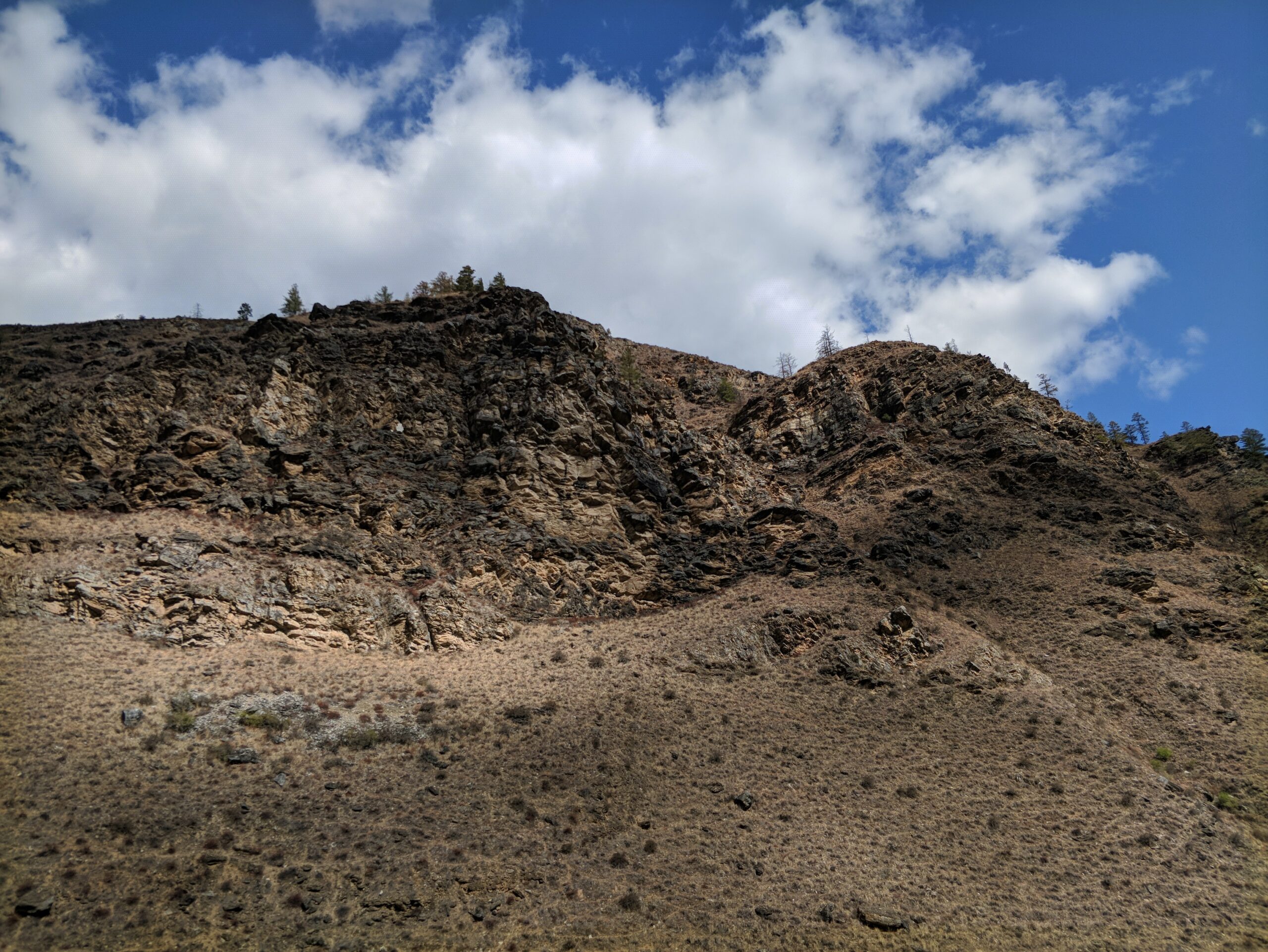 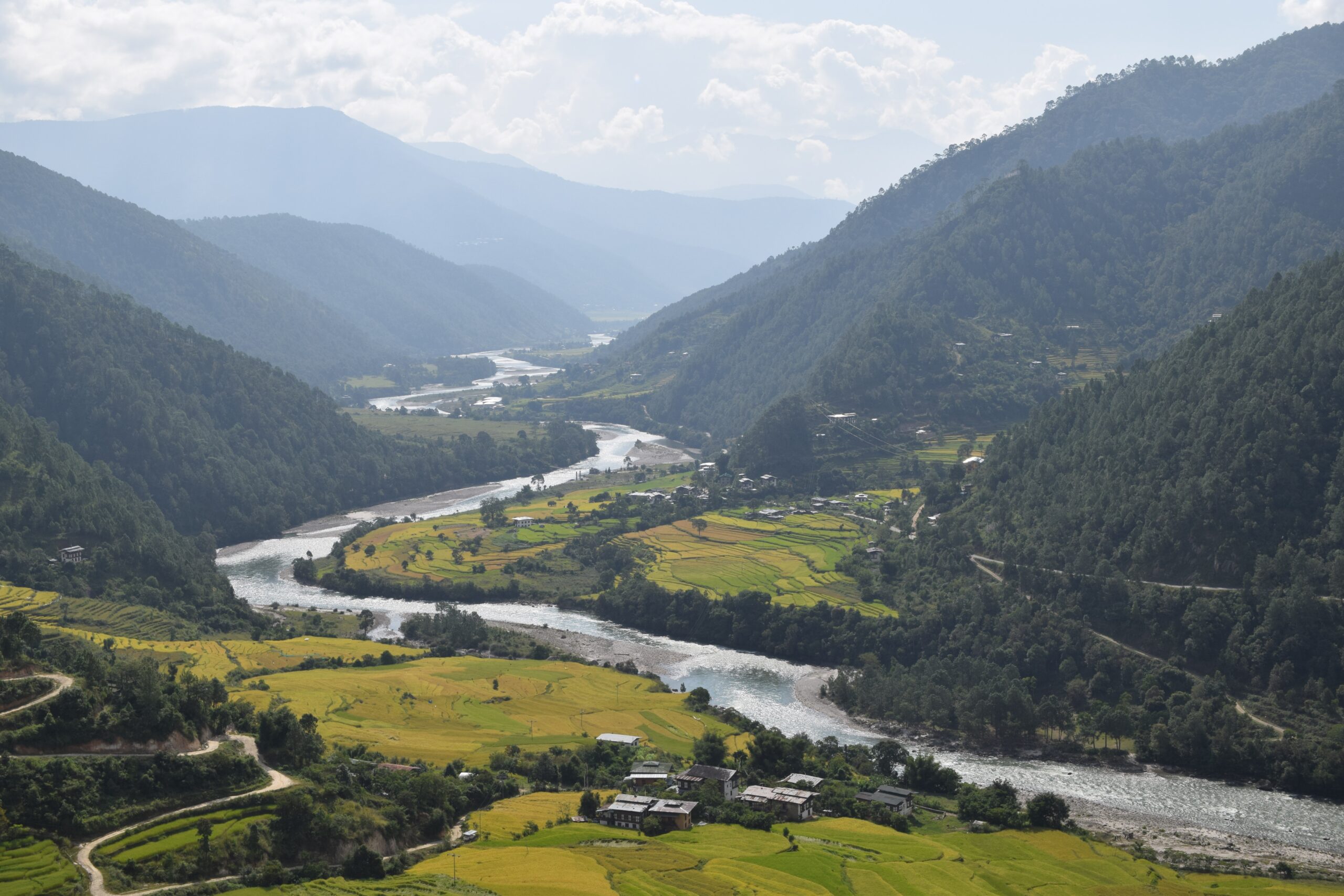 Bhutan Tour with Day Hikes is a 5 Nights / 6 Days adventure in the land of the forbidden Kingdom. Exploring the nooks and corners of this beautiful gem tucked in the lap of Himalaya will provide a unique perspective to modern traveling.

Bhutan is a relatively small country tucked between India and Tibet in South Eastern Asia. The country is most popular in the world for its measurement of Gross National Happiness (GNP) as opposed to the GDP. Apart from that, more than 70% of its territory is covered in forest. On top of that, Bhutan is the only carbon negative country in the world. Additionally, the country has no traffic lights, and is sustained with hydro electricity. Yet, to appreciate all of these uniqueness and to experience, one has to travel.

Traveling to Bhutan – the Options !

Hiking in the foothills and valleys of Bhutan is different than the rest of the world. Although it’s mountainous terrain is similar to that of Nepal, its relatively low altitude provides for quite a different hiking experience. Say, for example, a 4-5 hour round trip to the Tiger’s Nest Monastery – is a surreal experience in itself. The green lush forest blooming with rhododendron and pine forests are quite an amazing feat for hikers.

Exploring the Mountains and the Monasteries in Bhutan

Our 6 Day Exploration of Bhutan will be spent quite quickly as we move from one hilly town to another – in search of ancient monasteries that decorate the hills. Each of these monasteries tell the tales of ancient Buddhism and spirituality, as they sing the art and architecture that flourished as early as the 16th century B.C. Apart from that, the unique lifestyle and culture of people dressed up in monk clothes, as well as the change in modern culture due to influence of tourism, all make exploring this beautiful mountainous country worthwhile.

It will take you around 15 minutes to finish the airport formalities; you will be met by our representative at the airport. We will first visit the National Museum the watch tower which is the preserver and the promoter of our Bhutanese culture and history, visit Rimpung Dzong (Fortress) which was built in the year 1644 and it’s the Bhutanese architectural masterpiece. After Lunch we will visit Kitchu Monastery one of the oldest build in 7th century and the Drukgyel Dzong which was build in the remembrance of victory over Tibet’s invasion and then drive to hotel.

Drive along the winding road along the Paro River downstream to the confluence with the Wang Chu then turn upstream and travel along the Wang Chu to Thimphu. We will check in the hotel have lunch in hotel and In the afternoon, visit the Memorial Chorten, dedicated to the Late Third King of Bhutan, His Majesty Jigme Dorji Wangchuk. , visit Painting School where our traditional arts and crafts are still kept alive, Visit Royal Heritage Museum to see the living style of pure Bhutanese and visit the mini zoo where Bhutan’s national animal Takin is kept. Visit the Handicrafts Emporium and Textile Museum where Bhutanese textiles and other arts are displayed. Visit Bhutanese Paper making factory.

After breakfast we will drive to Punakha, Stop at Dochula pass( 3050m) for a panoramic view of snow capped mountains Have lunch at Khuruthang visit to Punakha Dzong, the 17th century fortress which has played important role in building up of modern Bhutan Then hike up to Khamsum Yulley Namgyal Chorten, temple build for well being of all the living creature, king and the people.

We will hike up to Tiger’s Nest Temple (9,300 feet). Visible from far away, this stunning monastery clings to a vertical granite cliff 2,000 feet above the Paro valley floor

After breakfast representative from our company will drop you to the airport for your onward destination. 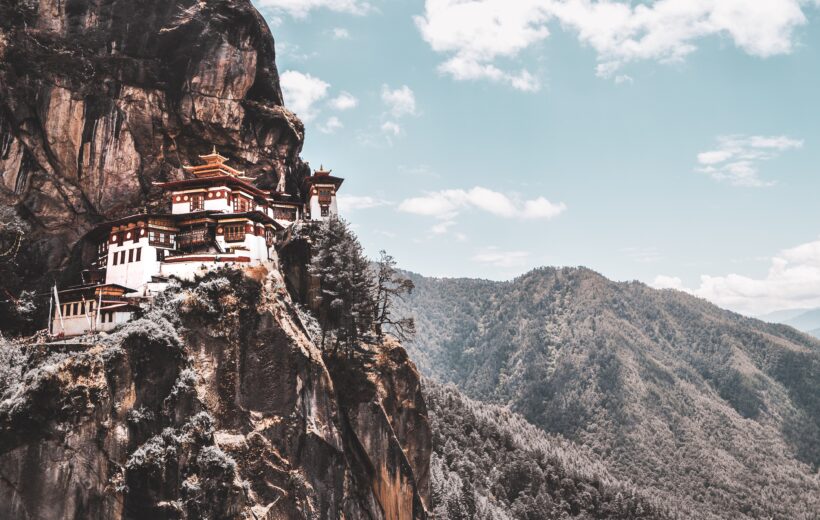 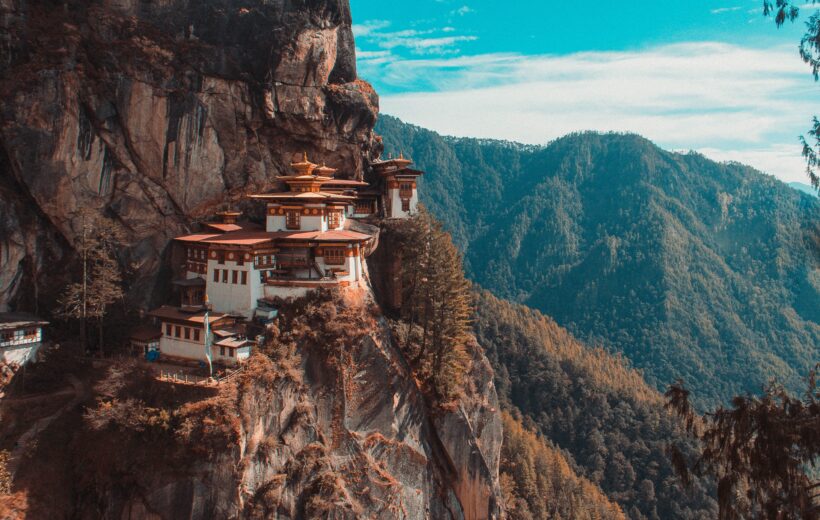