Kathmandu is one of the oldest human civilization in Nepal. It is not only the modern capital but also an ancient heritage of the Hindus, Buddhists and Newar community.

Explore the harmonious blend of cultures that materialize as 7 UNESCO World Heritage Sites spread across the valley. These historic infrastructures tell the tale of old Kings, Gods and Men.

The City of Temples and God - Kathmandu

Kathmandu is the city of temples, and Nepal is the nation of Gods. Meet eye to eye with Kumari, the living Goddess of Nepal. What's more, enjoy a mass spectacle during festivals and jatras that run year long and take the streets by music, dance and crowds. Kathmandu comes alive with its culture. 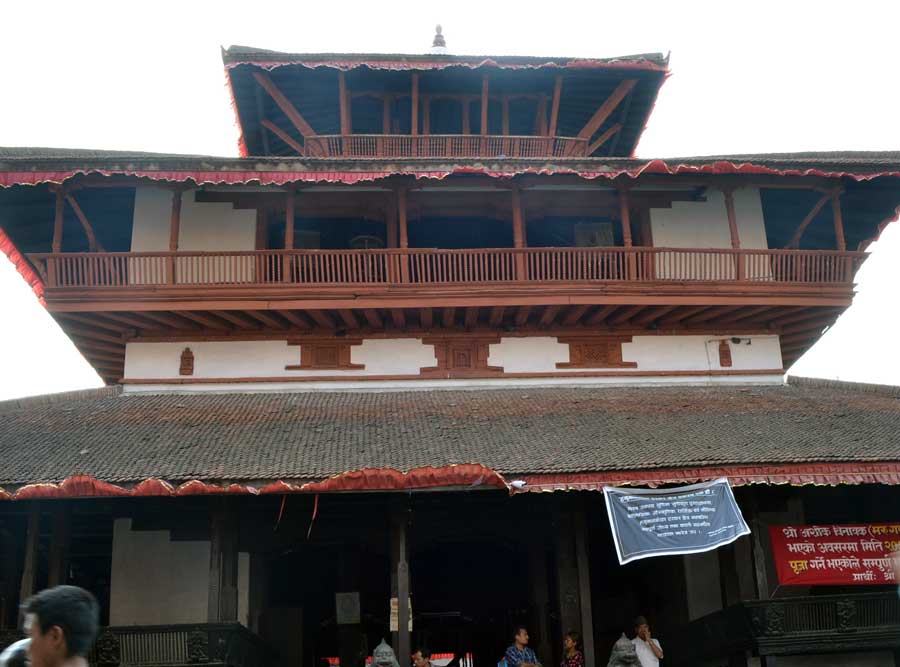 The image above, is the temple of "Kastamandap", meaning a holy shrine made of wood. The interesting part about the temple is that Kathmandu is named after her. Kastamandap is located in Basantapur Durbar Square. Nepal Government is restoring this temple along with other infrastructures that were fully/partially destroyed by an earthquake in April 2015.

Some people might be pissed off by the sheer number of crowds, traffic and pollution in the capital, which is understandable. Being the financial and political center, crowd was something Kathmandu could never avoid.

People watching from the top of the rest ladders, tasting the varieties of momo, chowmein and dal bhat, strolling on the Durbar Squares in the evening time, night out in Thamel and nearby hubs are all enjoyable activity while being in the city.

Below, you will find various trip itineraries that include tours and trips in Kathmandu. We hope you will enjoy exploring them. You can also book once you decide what you want, or write to us if you have any more questions about any travel queries.

Take a tour to Bardia National Park Tour , a protected area of western Nepal established in…

Nepal is country which has the both historically and holistically most alluring destinations around the world. The…