For the Nepal part, we will be exploring Kathmandu, the capital of Nepal and the acclaimed city of temples. A full day sightseeing of Kathmandu will be covering the three major spots in and around Kathmandu. The day will start with a visit to Swayambhunath stupa, the marvellous structure situated on a hill which carries the story of the formation of Kathmandu. As the second stop for the day, we will have Bouddhanath stupa which is one of the biggest stupas in the world.  We will end the visit of the day by going to the Bhaktapur Durbar Square. We have chosen this among the three squares as it is the biggest and has more to offer to the guests. 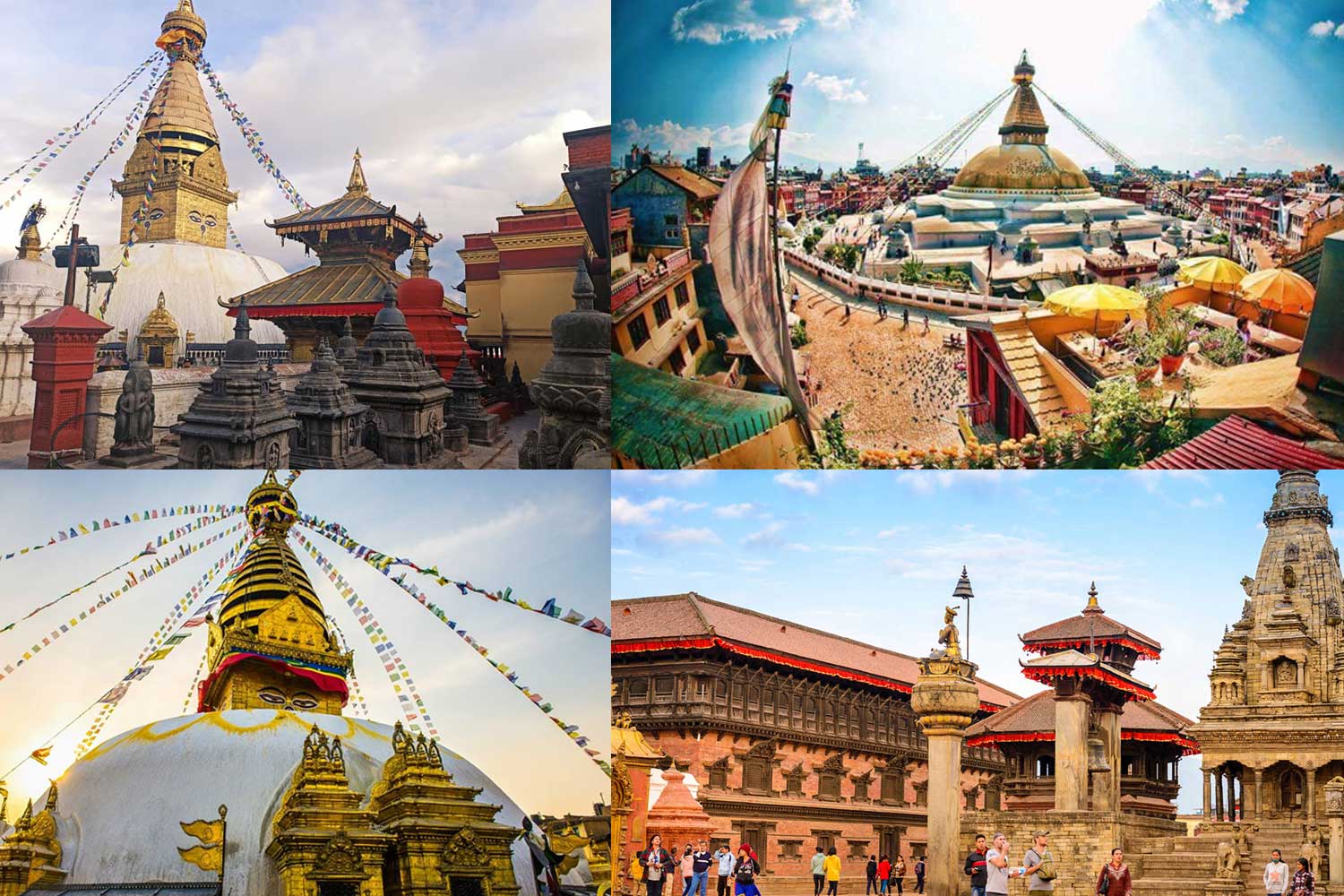 Talking about the happiest country in the world Bhutan, we fly to Paro on the third day.

Bhutan has been inhabited by people as early as 4,000 years back. There is archeological evidence indicating settlements in Bhutan dating back to 2,000-1,500 BC. Bhutan in ancient times had many different names; it was known as Druk Yul or the Land of Thunder Dragon in the 17th century. The outside world however called it Bhutan, derived from a Sanskrit word Bhu-Uttan meaning ‘High Land.’

Bonism was the main religion in Bhutan before the arrival of Buddhism. It was only in the 8th century that an Indian saint Guru Padmasambhava, popularly known as Guru Rinpoche brought Buddhism to Bhutan. Warlords battling constantly with one another ruled Bhutan until Zhabdrung Ngawang Namgyal from Tibet unified the county in 1616 AD, establishing a dual system of governance – the Choe Sid (Spiritual and Religious tradition). After the long period of civil strife that followed the death of Zhabdrung in 1651, power was finally consolidated with the crowning of Gongsar Ugyen Wangchuck as the first hereditary monarch in 1907.

The monarchial system continued till 2008 before the fourth King stepped down and introduced democracy in Bhutan. Today, Bhutan is a Democratic Constitutional Monarchy.

In this tour, we explore the archaeological sites in Paro and Thimpu and have a closer look at the historical and cultural aspects of Bhutan.

Arrival in Kathmandu. Hotel Transfer and rest for the day. Evening welcome dinner

On your arrival at the Tribhuvan International airport, our representative will give you a warm welcome and arrange your transfer to the hotel. Trip briefing after reaching the hotel. We give a beautiful ending to this day by taking you to an authentic Nepali restaurant to enjoy cultural dance with Nepali cuisine.

Flight from Kathmandu to Paro. Drive from Paro to Thimpu

Thimpu sightseeing and drive to Paro

Fly back to Kathmandu. Pashupatinath temple visit in the evening.